How Do We Measure
Successful Use Of
Precut Turb-O-Webs ?

A new user of Precut Turb-O-Webs will want to measure the extent of benefits fairly quickly after adopting the system.

In other words, “What benefit have precut webs been to the plant?”

We Measure Success This Way :

Success is easily measured  by calculating a single percentage, over, say a three (3) month period.

That percentage is “The number of Precut Turb-O-Webs which were used in a batch of jobs expressed as a percentage of all other parts, both chords and webs, which were cut in-plant for the same jobs”

This percentage can be easily determined by one of the numerous reports generated by modern truss design software programs.

For a successful outcome we would expect that this percentage would be around the 33% mark.

We use this percentage because it precisely measures the time and workload eliminated from the saw.

For example, let’s say that over a 12 week period a plant completed truss jobs containing 200,000 chords and webs.

[As I have said elsewhere in this website, a reasonable assumption is that of the 200,000 parts, chords and webs would be about 100,000 pieces each and about half of the webs (50,000) could be replaced by Precut Turb-O-Webs]

This percentage is the most useful since it represents the amount of extra saw work the plant would have had to do to complete the jobs measured – if the plant did not use precut webs.

So in this example, we say the plant processed 150,000 cut in-plant parts and used 50,000 precut Turb-O-Webs over a 12 weeks period.  — Had the plant not used precut webs  then the saws would need to work harder to compensate- 33% harder.

It may even take the plant up to 16 weeks without precuts to match 12 week output with precuts.

In any event there would need to be significant changes in the saw shed.

This is represented graphically below:

What Can Cause This Percentage To Vary.

Our observations over the years support that the 33% figure is a reasonable estimate, but it could vary.

So the 33% seems reasonable, and is in accordance with results being achieved by users.

We have been talking about adding one Turb-O-Web for every 3 parts cut in-plant.

Even adding one precut Turb-O-Web to four other parts cut in plant  is good.

That is still  equivalent to an extra day’s saw output per week !

Obviously adding precut webs to your saw’s output will boost the number of cut truss parts to the jig.

At the same time precut Turb-O-Webs provide a pathway to increased truss production.

Our chart below shows a few different scenarios to boost saw output by using Precut Turb-O-Webs. 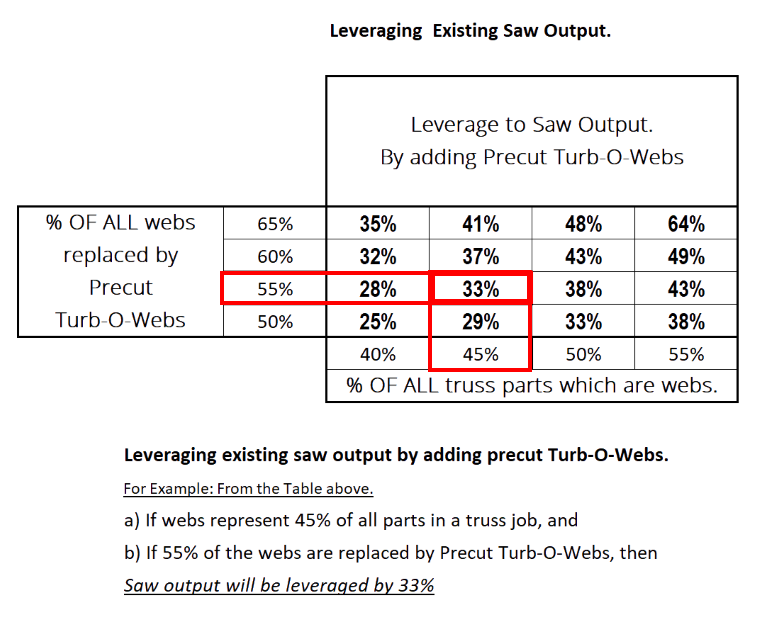 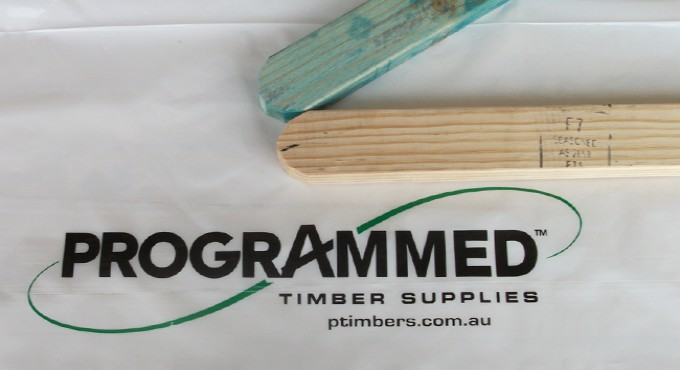